Discover the region Historical Heritage The Medieval City of Châteaubriant

The Medieval City of Châteaubriant

A town with such a rich past

Châteaubriant was built bit by bit from the castle to the Church of Béré. At the foot of the medieval fortress lies the heart of the old town with its half-timbered houses, corbels, towers, wall-walks, narrow streets, alleys and its 18th century buildings, which will tell you about the history of this City that has retained the contours of a walled town at the foot of the stronghold belonging to the Brients.
The Grande Rue, separated from its extension, Rue de Couëré, by the magnificent wooden Covered Market, was until 1865 the main road in this medieval city.
The construction of the Hôtel de Ville (Town Hall) in 1850, the Eglise Saint-Nicolas (Church of Saint Nicholas) in 1875, the cutting through for the Rue de l’Hôtel de Ville (1850 – 1870) and the arrival of the Railway (1877) would transform the appearance of this town with such a rich past. 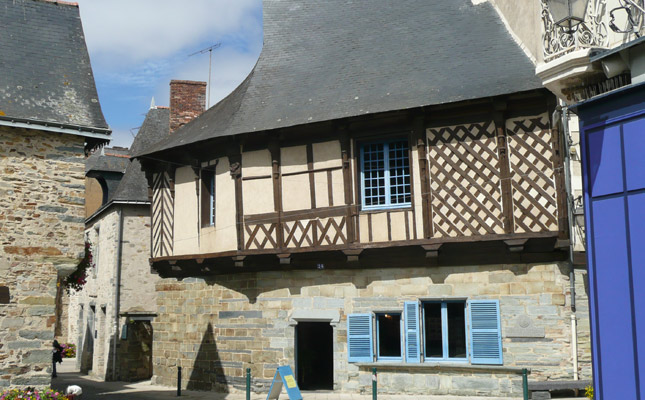 Audio-guide and touch pad on request

Guided-tour on booking : 3€/person until 50 people
Group of a minimum of 15 people

The castle of la Motte Glain
The castel of Châteaubriant