A discovery in the geological area

The Ecomuseum presents a house belonging to a lime kiln worker reconstructed from that period with an exhibition of documents and tools and with video material. Display of fossils discovered during the extraction of limestone.

From 1750 the production of lime enjoyed a certain boom, and during the revolutionary unrest between the blues and the whites, the lime from Erbray was used to cover the bodies after the battles. The lime industry only started to develop significantly around 1860. At that time, about fifteen kilns were working. In 1886, faced with competition, all the lime kilns in the commune of Erbray, which were privately-owned property, were forced to merge into one single company: the Société Anonyme des Fours à Chaux d’Erbray (Erbay Lime Kilns Limited Company), which was officially founded in 1900. Afterwards, in 1968, M.E.A.C. (Groupe Marnais d’Epandage en Amendements Calcaires), the biggest manufacturer of carbonate of lime, purchased the company and built a factory near the kilns. M.E.A.C. is still active in Erbray today. 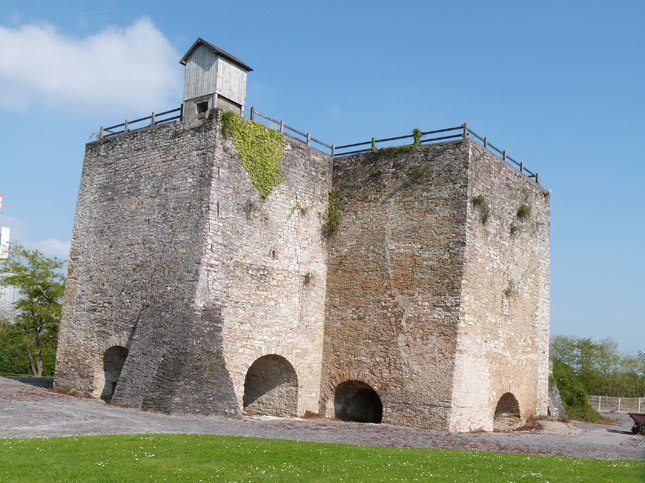 From a geological point of view, in 1861 the director of the Nantes Museum announced the discovery in Erbray of a specimen of Third Silurian fauna. It was a major discovery, as it made it possible to confirm, for the first time in Europe, the superimposition of the inferior Devonian and the superior Silurian. In 1889, one of our most famous geologists, Mr Barrois, professor at the University of Lille, dedicated one of his best works to Erbray limestone and the study of its fauna. An important delegation of geologists (French, German, American, Belgian, Dutch and Czech) even came to visit the Ferronnière quarry in September 1964.

During Heritage Days or on reservation