A religious, civic and patrimonial monument

The Louisfert Calvary is a religious, civic and patrimonial monument, situated near the village of Louisfert. Erected between 1871 and 1892, it is the work of Abbot Jacques Cotteux.
It’s not a simple calvary, but a “megalithic calvary” the purpose of which, according to its creator, is to eliminate, the “vestiges of bloodthirsty cults from the old days”. It is also raised on a “holy hill” made mostly of the menhirs and the dolmens of the region. This calvary, which has been blessed since 1872, was gradually enriched with numerous statues, and then in 1892 with a Way of the Cross.

This heritage was handed over to the municipality in 1920. The town council then decided to place a monument to the dead in the centre of the enclosure. This patriotic monument was inaugurated in 1922 and adds a civic dimension to the calvary. 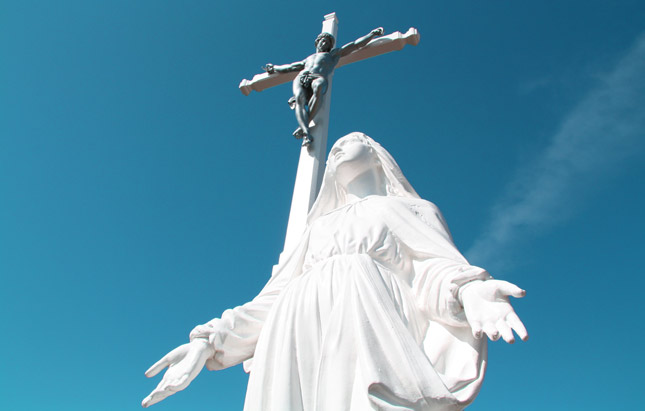 Today, this calvary is evidence of an extraordinary cultural dimension, where humanization, religion, motherland and heritage unite.
The municipality decided in 2011 to restore this calvary and, in particular, the badly damaged crosses. 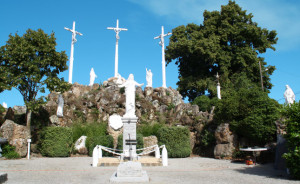