Cycling, roller skating and walking on an old railway line.

In the heart of the countryside, in 2004 the Communauté de Communes du Castelbriantais (Community of Communes of Castelbriantais) converted an old 13 km railway line into a trail specially fitted out for cycling, roller skating and walking.
This is an invitation to relax and to get away from motorized traffic ! Country landscapes, forests, lakes, fields, meadows and typical villages are laid out before you along this path, ideal for all ages thanks to its gentle slopes. Just take a short cycle ride to discover the tranquillity of the countryside. 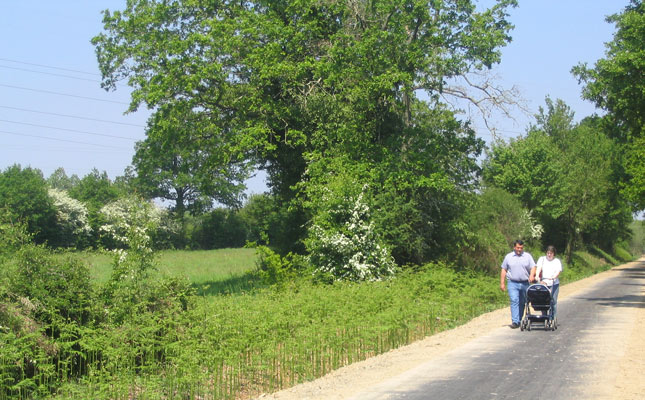 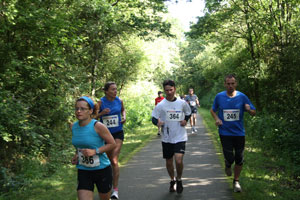 On the way to the past

Since the start of 2016, the Voie Verte has been revealing its railway past. A whole story brought to light thanks to the creation of an interpretation trail on the Châteaubriant-Messac section interpretation panels.

If the Green Way is a development appreciated by hikers, joggers, cyclists… its origin is very often unknown to them. An interpretive trail installed in March now pierces the secrets of this old railway line opened in 1896 and which allowed the transport of passengers and freight between Châteaubriant and Ploërmel.

Equipped with a small leaflet, the walker will discover over this 45 km section – including 13 km in our territory – 6 panels retracing the history of railway heritage; Illustrated with old postcards and historical anecdotes: The transport of goods, the house of the gatekeeper or even mining make up some of the stations highlighted which offer the possibility of direct access by a newly developed path on the site of Mines de la Brutz. 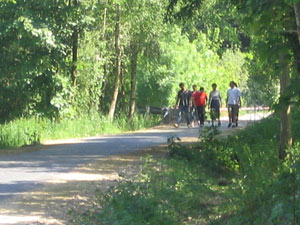 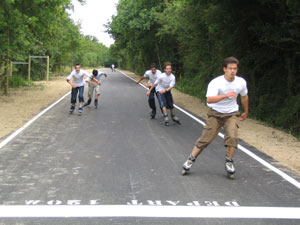